Missed a few things for July so we shall call these new releases which should be in the mainstores soon if they aren’t already.  Since I had two pretty simple looks I’m just going to shove them both into this post then I’m finally caught up and officially into August! 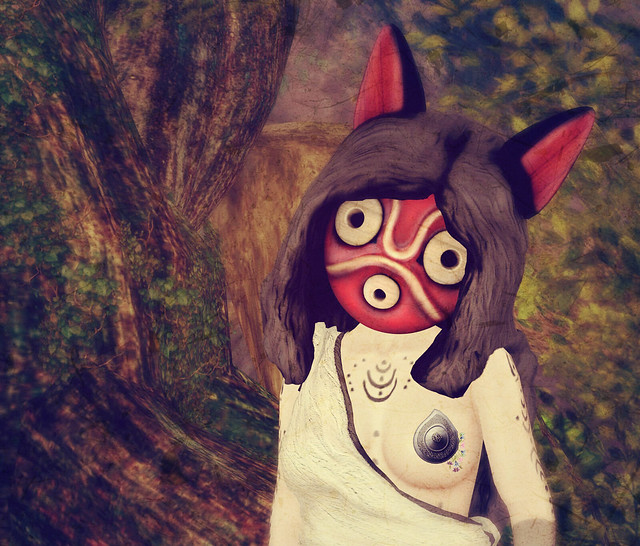 Mask+Hood – Geek(under construction)  Wolf Princess Pak – black *New Release* (color refers to hood, mask is always red/wood)  Hood and mask attach separately for better fitting.  If you have no idea where this comes from go watch Princess Mononoke and all the other Studio Ghibli movies while you’re at it.

Skin – no longer available (worn in both photos)

Tattoo – HoD  Sanvean Body Paints – black  This is up on the second floor and the layout is a bit confusing so stare at it awhile and make sure you’re buying what you actually want/need. (worn in both photos)

Necklace – Reign  Hello Hipster Necklace  Group gift, group is $1000 to join and she does throw fatpacks of shoes at us sometimes too!  Gift is in past notices, but probably only for a few more days.

One thought on “Oops!”